NASHVILLE TO FOXBOROUGH – Emptying out the notebook on the Patriots’ bye weekend: 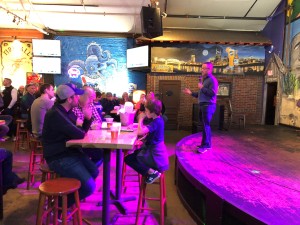 1. Last weekend’s trip to Nashville included a tweet-up on Saturday, and it was nice to connect with many fans. Thanks to those who attended – there was a crowd of about 75 – and I look forward to more of those in the seasons to come. For those unfamiliar with a tweet-up, it’s an informal gathering that includes a Q&A in which any and all questions are welcome. Fans from all over were present (Seattle, Atlanta and Boston were a few spots I remember) and one of my favorite parts was having a youngster in the front row listening intently the whole time. His name was Wes — named after Wes Welker. It was a nice reminder of how the Patriots have had a significant impact on the lives of many.

2. There’s The Masters and then … Scott Zolak’s annual bye-week interview with Tom Brady? “A tradition unlike any other,” Brady joked, in a two-part interview to air Friday night on Patriots All-Access (WBZ-TV, 7 p.m. ET). An enjoyable interview that, to me, reflects how Brady seems to be in a good place as Thanksgiving arrives. This is when the real football season begins, as Brady himself often says.

3. One point Brady made in his interview with Zolak is that sometimes wins can feel like losses if a key player is lost to a significant injury, and how the 2018 team is still positioned to have most of its top personnel down the homestretch. That’s a silver lining to consider coming off the team’s worst loss of the season.

4. Spending all day Saturday in Nashville, it was quite enjoyable to walk through the beautiful Vanderbilt campus and stumble upon the annual black and gold baseball scrimmage. Sitting with some scouts who had their radar guns working to clock the velocity of the pitchers, I learned about Vanderbilt’s successful program and David Price’s history there.

5. I also read about Mark Hindy, the late Vanderbilt pitcher who was killed in the Sept. 11 terrorist attacks, as there is a plaque in the concourse to commemorate his life and contributions at Vanderbilt. That had me thinking about all those affected by Sept. 11, including colleague Adam Schefter and his wife Sharri. Adam’s book, “The Man I Never Met”, is truly special. 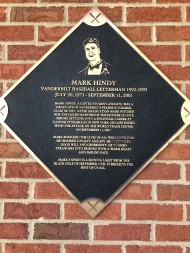 6. I love visiting college campuses on road trips. University of Washington and University of Colorado (Boulder) were two favorites in recent years.

7. When I think of the growing divide between coaches/athletes and media members, a chasm which seems to widen each year, this past week stands out as it relates to the Patriots. The team didn’t play well in Tennessee and any objective observer would have a hard time arguing otherwise. That’s fair. But it’s the rush to judgment and need to have the answers now – Brady is falling off the cliff! This team can’t win on the road! This team isn’t going anywhere! – that highlights to me why coaches/athletes roll their eyes at how sports are often covered these days.

8. I bottom-line it with Brady: While his performance hasn’t matched 2017, if he is the Patriots’ biggest problem, the team is in great shape.

9. I also want to see what it looks like when all the pieces are back in place. The weather’s getting colder in New England and this is when being able to run the ball is critical. Sony Michel will be a key piece.

10. Of the many things I’m thankful for: No more Patriots night games in the regular season.

11. Patriots long snapper Joe Cardona, who was headed to Annapolis to see his shipmates and take in Saturday’s Navy game, was walking out of the locker room Wednesday with a signed Julian Edelman jersey. He explained it was a Hanukkah gift for a friend, and showed Edelman’s signature that was accompanied with a Jewish star. Edelman embracing his Jewish roots in the latter part of his career has been fun to watch unfold.

12. Since 2006, there has been one game each season when my dad joins me on the trip. The Titans was the choice this year, which follows past years in which Green Bay, Seattle, Kansas City and New Orleans were the picks. This is the best part of sports: The connection is helps create. It’s why I’ve had the Celtics-Raptors game tonight circled on the calendar for some time now. I’ve got a date with my 9-year-old daughter. The bye weekend is already off to a great start.