FOXBOROUGH, Mass. — Each Sunday since training camp began in late July, my routine has been the same: Tweeting out a morning blog post of Patriots quick-hit thoughts and notes.

This week, in the words of Bill Belichick, is “similar but different.”

Because the Patriots played Saturday night in the wild-card round, it created a logistical challenge. Many of my thoughts and notes would be contingent on the game and its outcome. And with other post-game work responsibilities as part of the primary function of the job, producing the regular Sunday piece was going to be a challenge.

So early in the week, with a goal of providing something for followers who might be expecting it based on routine, I decided to try something different.

1.“Football is a game where you usually get what you deserve.” That was how one player described it to me after the Patriots’ surprising Week 17 loss to the Dolphins that cost them a first-round bye, and the more I thought about it, this 2019 team ended its season at the level it deserved. A wild-card round exit is reflective of a team that played hard and was competitive, but ultimately was light on talent offensively and didn’t trend upward after Thanksgiving, when Tom Brady and Bill Belichick often say the real season begins.

2. One of the more enjoyable parts of covering the Patriots is the quality of those who reside in the locker room. Listening to, and engaging, people like Matthew Slater, Devin McCourty, Joe Thuney, Benjamin Watson, Ted Karras, Stephen Gostkowski, Elandon Roberts, James White and Co., on various topics — often not football-related — has opened my eyes to different perspectives and made those 45-minute locker-room sessions one of the better parts of the day. One example: Slater after Saturday night’s loss.

3. As part of the “Fifth Quarter” program after Saturday’s game, I enjoyed getting into a spirited discussion with Levan Reid about Tom Brady’s future. I shared my belief that no one knows what will happen — including Brady himself at this point — before saying my instinct leads me to believe Brady will ultimately be back. That isn’t based on any concrete facts; just the opinion that Brady, Belichick and Robert Kraft are all better off when they’re together.

4. When Brady was returning from suspension in the 2016 season, in a Week 5 game in Cleveland, I had been in the tunnel to record his arrival as part of telling the overall story of the day. It was a different experience, and before long, it grew into an every-week thing. I file it in the “light along the journey” category — not everything has to be hard-hitting — and ESPN colleague Jeff Darlington turned the tables on me Saturday night. Fun stuff. 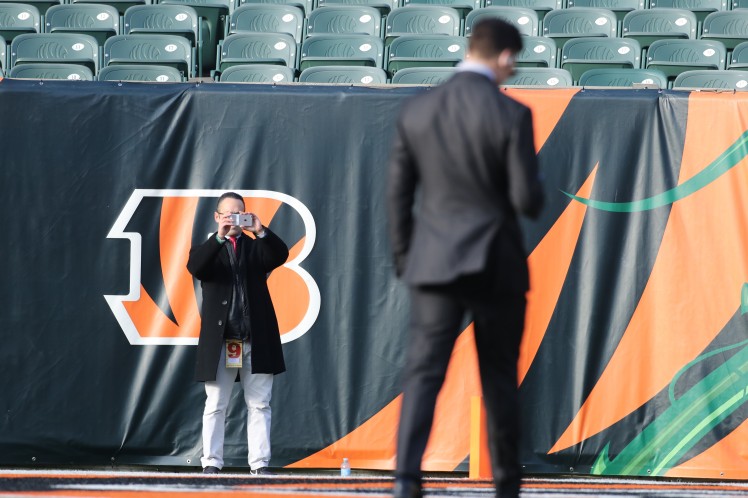 5. Looking back, one thing I think hurt the Patriots was the timing of Rob Gronkowski’s retirement announcement in late March. It put handcuffs on parts of the team’s free-agent plans. Could Belichick have pressed him for a quicker decision in March? Possibly, but a case could also be made that Gronkowski deserved the space if he was truly contemplating his future. Either way, between that and a slow start to free agency in which they were late getting into the mix on top target Adam Humphries really put them in an early hole that they seemed to be chasing the entire year.

6. Benjamin Watson returned to football in 2019 after having announced his retirement, and now he’s prepared to ride off into the sunset again. It is often said that life lessons can be learned through sports, and I view Watson’s actions this year as an example of how to handle disappointment with class and dignity. After serving a suspension to open the season, Watson was released by the Patriots before being activated to the roster in a decision that stung. He had moved his family (wife and seven children) from New Orleans to Massachusetts thinking there was a certainty he’d be on the team, only to learn he wouldn’t have that chance. Many would lash out publicly in that situation — and some might even say rightfully so. But Watson didn’t, and then when the Patriots had a spot come unexpectedly open the following week, he got the call asking if he wanted to come back. It never hurts to be classy. 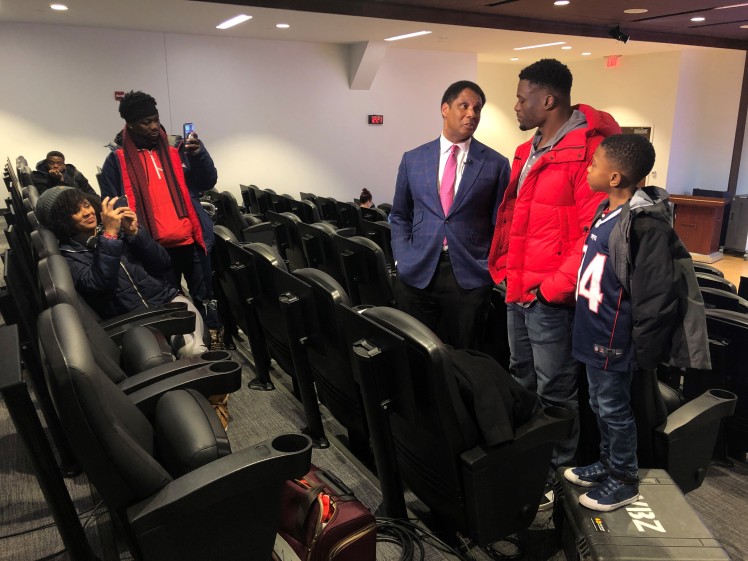 7. Antonio Brown would be the opposite end of that spectrum. As someone in the organization relayed to me recently, “We learned our lesson the hard way with him.”

8. Road trips with Scott Zolak? So many laughs, which as Jim Valvano once told us, is one of the three most important parts of having a good day. I figured out one of the easiest ways to get him going this year: Pick the smallest, compact-sized rental car out of the lot, and then inform him that I’d pick him up the next morning at the hotel to drive him to the stadium. ‘Zo could hardly fit in the car. But more importantly than that, the thing many probably don’t know is that the biggest part about him is his heart.

9. I think one aspect that might be overlooked in the NFL’s investigation into the Patriots’ videotaping of the Bengals sideline, and whatever punishment is ultimately handed down, is how almost every team has delved into creating its own media department over the last decade; so in a sense, this is a new frontier for the league in establishing accountability in that area. In my view, there truly isn’t a comparable situation from the past. That’s why I think if the league’s investigation ultimately finds the Patriots made a mistake that had nothing to do with football operations — which makes it different from past penalties across the NFL involving artificial crowd noise etc. — the most fair result is one in which a monetary fine would be the maximum punishment.

10. A trip to Israel with a Robert Kraft-led Patriots contingent in June was enlightening. Such enriching life experiences sometimes have me asking, “How did I get so fortunate?”

11. Hosting ESPN’s “SportsCenter On The Road” with Rob Ninkovich on the first weekend of training camp was a new career challenge that could be summed up in one word: Exhilarating. Thank you for the kind gesture after the fact, James White. 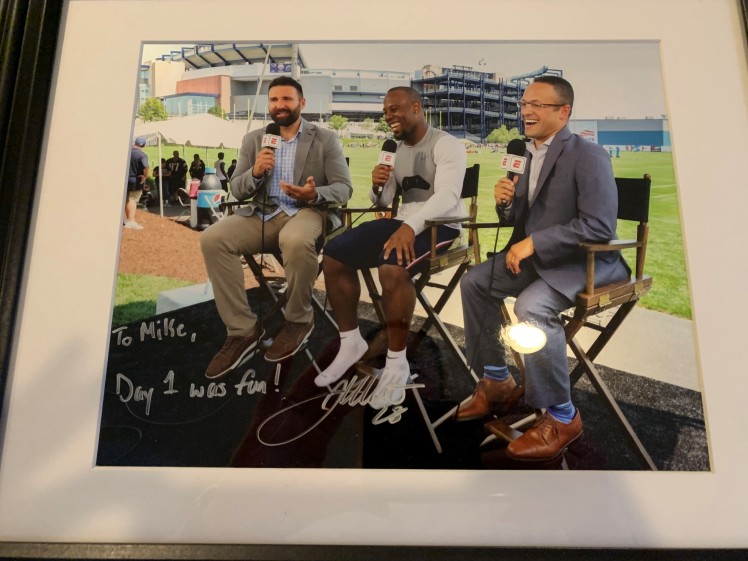 12. This Boston.com Q&A, with Deyscha Smith, was flattering. Thank you, Deyscha, for showing an interest in my career path.

14. Something new that I tried in 2019: Emoji recaps of games. They’re challenging and tap into a more creative side to tell a story in a different way. An added bonus: If you are a parent to 10- and 7-year-olds, it can be a neat way to connect with them.

15. One of the questions I often consider is, “What is the primary value of a beat reporter in 2019-2020?” Things are a lot different now from when I started in 1997, with social media and technology the big game-changers, and I’m still working on putting together the most complete answer. One part of it, for sure, is to hopefully serve as a connection point between you and the team that enhances your knowledge and understanding, while providing a true picture of what is happening based on credible reporting and information. I enjoy working to try to achieve that. So as another season comes to a close, a little earlier than the norm, I thank you for following along.

31 thoughts on “Sharing final thoughts from Patriots’ 2019 season, and more”